Here you can read news from our business in Brussels. 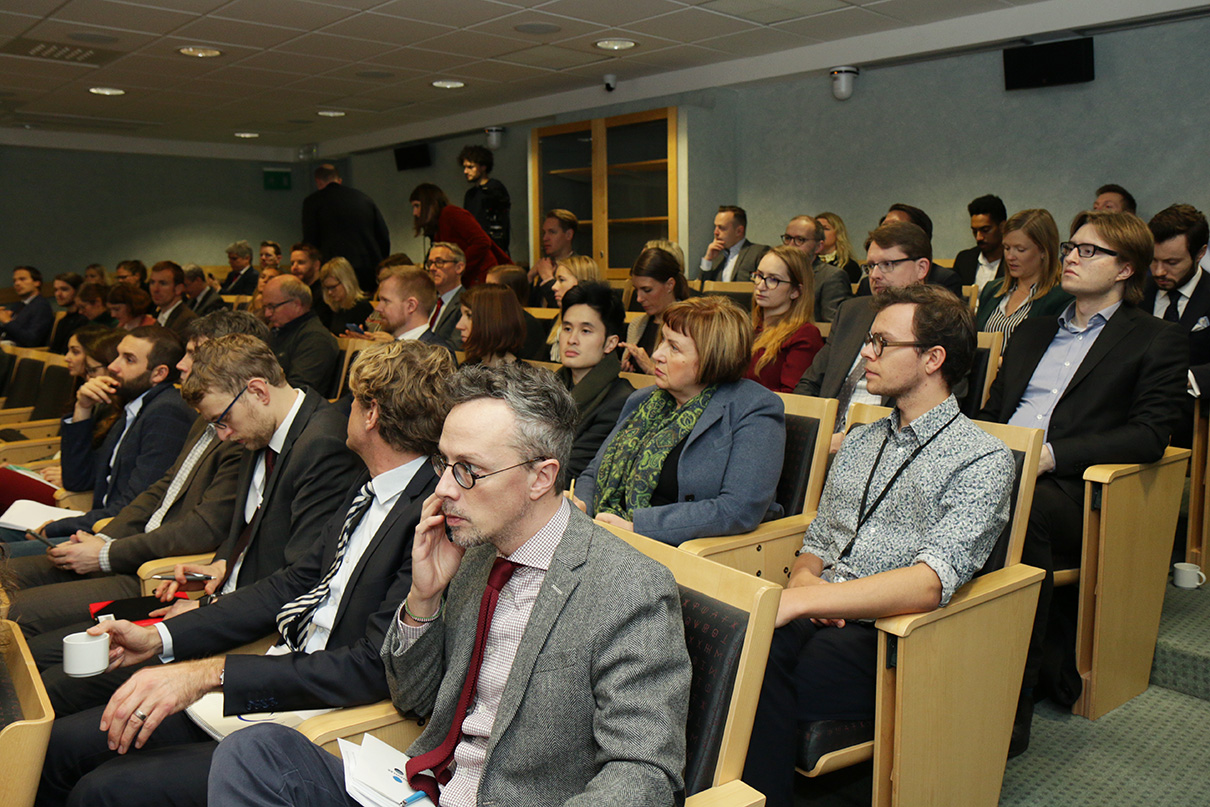 Heading for a carbon neutral future

At Swedenergy’s crowded seminar ‘This is how Europe reaches carbon neutrality ASAP’ the future carbon neutral Europe was on everyone’s mind. This future scenario requires major reforms but concrete examples of how a country like Sweden can become carbon neutral by 2045, presented at the seminar, gave hope.

The seminar's discussion was based on three Swedish examples, whereof one takes place in the Swedish energy sector which is almost fossil free already. Our analysis suggests that Sweden will have an annual electricity consumption of 190 TWh in 2045 compared to today’s 140 TWh. The analysis is based on the roadmaps from other industry sectors, which includes extensive electrification of industry and transport and the establishment of new electricity-intensive industries, such as data halls. The Swedish heating sector will nevertheless be fossil fuel free already 2030. Despite the seminar's strong connection to Sweden, the main purpose remained to discuss how Europe should enable the transition towards carbon neutrality, which Swedenergy’s CEO Pernilla Winnhed emphasises in her opening statement:

– We need to secure high ambitions that are in line with the Paris agreement, this means at least 55 per cent less carbon emissions by 2030 compared to 1990 and climate-neutrality in the EU by 2050. 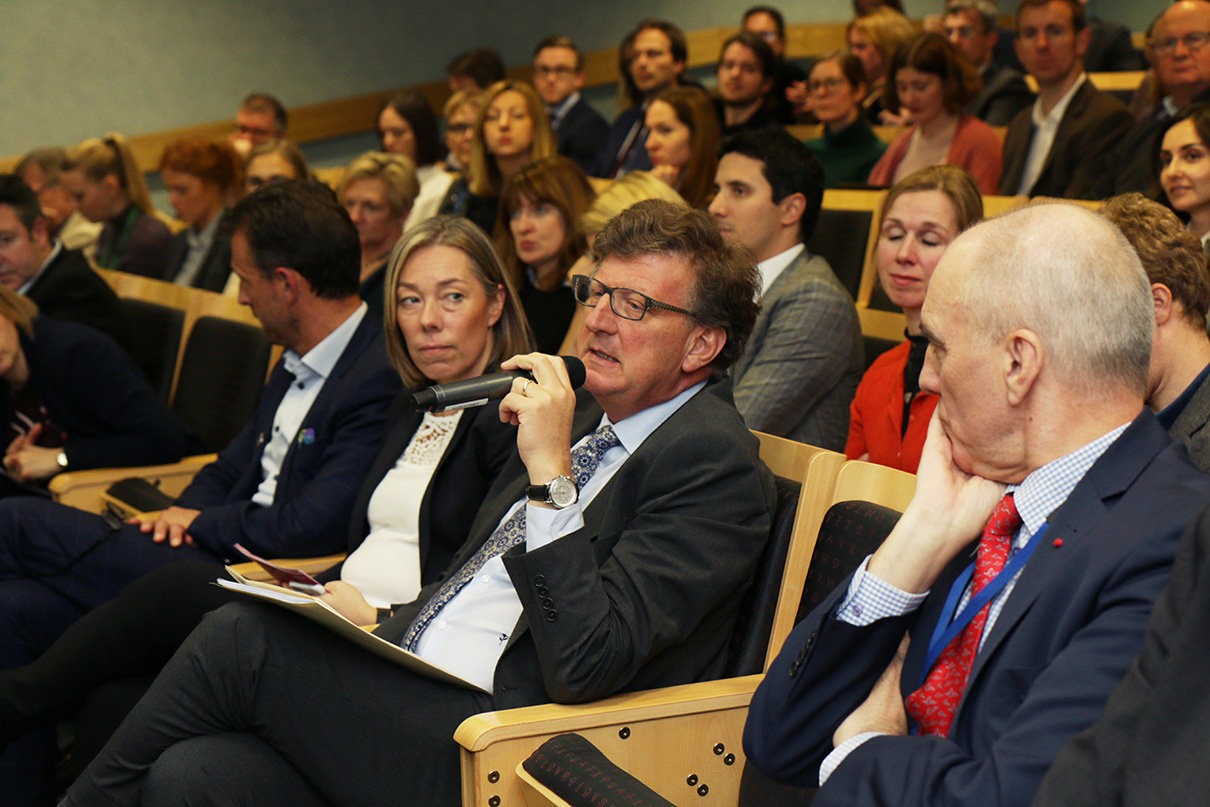 Pernilla Winnhed, Mauro Petriccione and Jaroslaw Pietras in the audience.

The seminar aimed to shed light on possible solutions to reach these targets, three Swedish companies Vattenfall, Kraftringen and Scania presented projects such as: HYBRIT (fossil-free steel), COOL DH (low temperature district heating) and the electrification of heavy transport. Electrification and district heating will help Sweden reach carbon neutrality by 2045. It should also be an important part for the decarbonization of the rest of Europe. 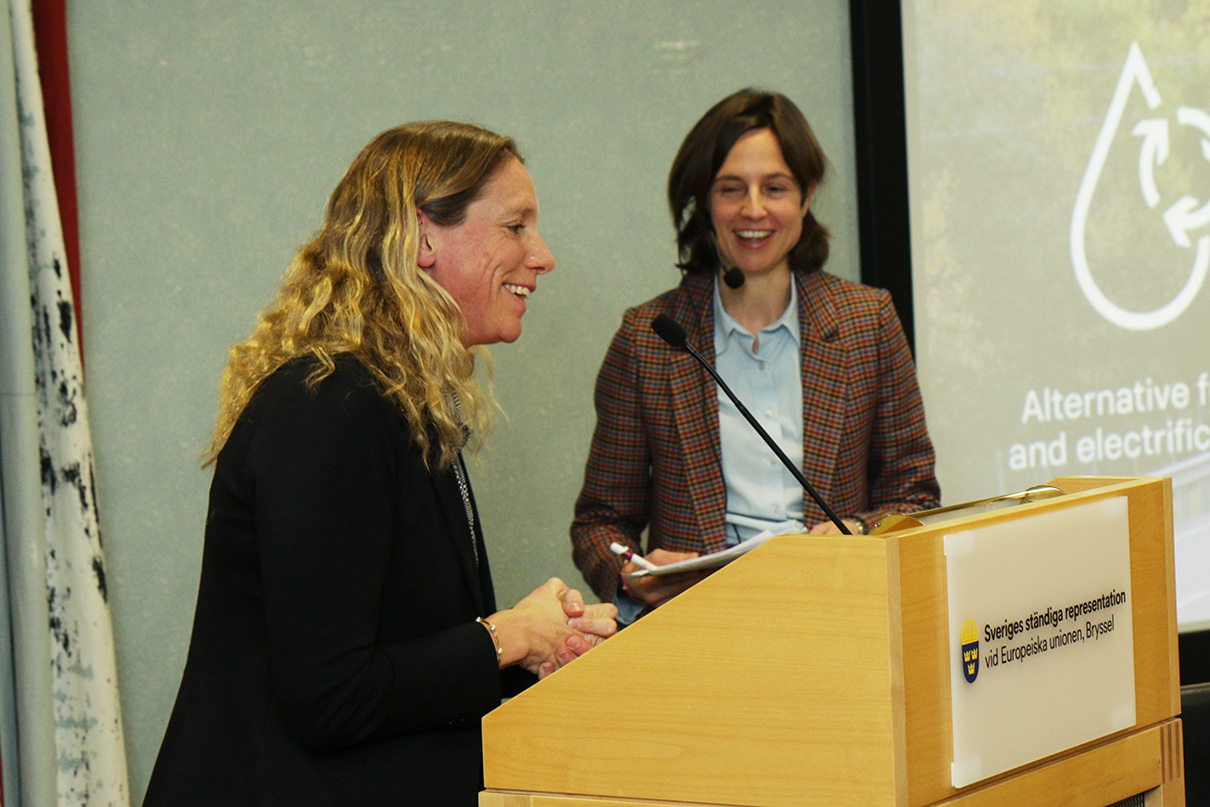 Åsa Pettersson from Scania and the moderator Sonja van Renssen.

The high-level panel consisted of Mauro Petriccione and Hans van Steen from the European Commission, Jytte Guteland from the European Parliament and Jaroslaw Pietras from the Council of the European Union. Based on the Swedish examples they discussed how the EU can become carbon neutral from a political perspective. And even though we were told a few days ago that the proposal to increase the 2030-target is almost certainly going to be put back by a few months, Mauro Petriccione does not seem to be worried. He underlined that the EU could prioritise electrification, even though the electricity is not 100 per cent fossil free yet.

–We have to do things in parallel. We are at the same time cleaning up our transport system and our energy supply and we have to aim at converting them by 2050, says Mauro Petriccione, Director-General – Directorate-General DG CLIMA, European Commission. 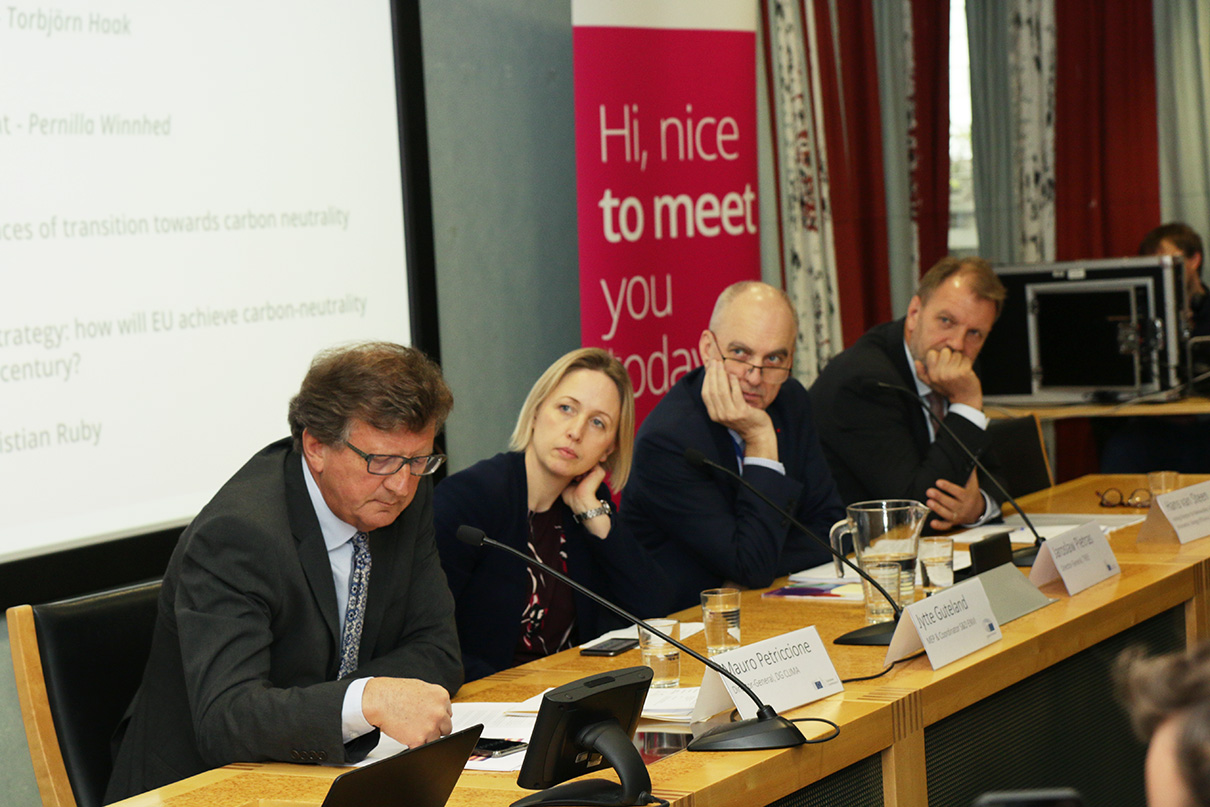 He is convinced that we have enough time to succeed the transformation by 2050, but he emphasised that we do not have time to waste. An important part of the discussion remains the pace of the development towards a carbon neutral Europe. It must take place ASAP. In conclusion, the change needs to accelerate in pace while still being a long-term challenge. ASAP therefore implies a maximum of 30 years to transform Europe into a climate neutral continent.