The English part of our website aims to briefly explain who we are, and what we do. If you are looking for more extensive information about us, or the Swedish energy sector in general, you are most welcome to contact us by sending an email to info@energiforetagen.se.

Swedenergy is a non-profit industry and special interest organisation for companies that supply, distribute, sell, and store energy. Mainly electricity, heating, and cooling. Swedenergy monitors and promotes the interests of its members and the Swedish energy sector in general. The organisation has a total of 400 members, which includes state-owned, municipal, and private companies as well as associations within the energy sector.

During the last 100 years Sweden and Swedish energy companies have built one of the most efficient energy systems in the world.

During 2020, 160 TWh of electricity was produced on the Swedish power market, out of which 98 percent was carbon free. Hydropower dominated the power production mix with 71 TWh, nuclear power 47 TWh, and wind power 27,5 TWh. Combined heat and power (CHP) produced around 12 percent, and solar a modest 1 TWh.

The heat market produces 100 TWh yearly. Our well-developed district heating systems enable us to utilise energy resources that would otherwise be wasted, such as waste heat from industry and energy from the recycling of waste. Combined heat and power ensures the best possible use of these resources. In district heating, only 6 percent of fuels come from fossil resources, the rest is made up of renewable energy (42 %) or in different ways recovered heat.

With a broad combination of production facilities, Sweden is not dependent on one individual energy source. The diverse generation mix has also delivered prices of electricity and district heating which are among the most favorable in Europe.

The diversity in generation - with a low carbon footprint - combined with a highly developed grid structure for electricity and district heating, induce a very high level of security of supply in Sweden.

We are commited to a fossile free Sweden and EU

Swedenergy's work addresses all the three parts of the Energy Triangle: Climate and environment, Security of supply, and Competitiveness. We are committed to contribute to Sweden's climate goal - to be a fossile free nation by 2045. Swedenergy also works to support ambitious climate goals in the EU. Read our positions in energy related EU-matters. 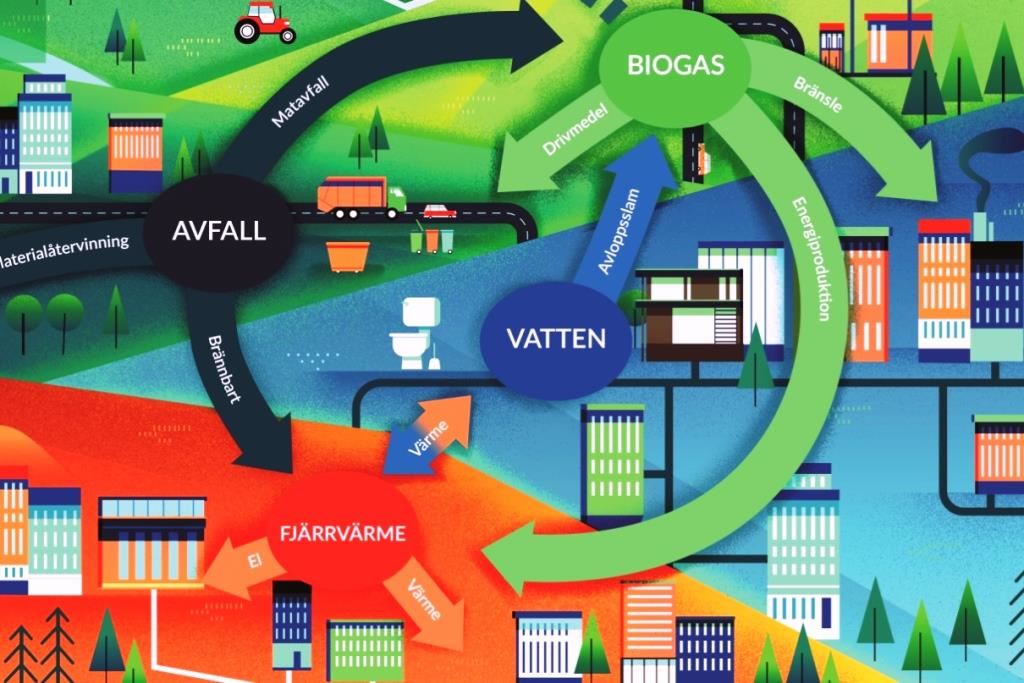 Sweden is already a global leader when it comes to putting circular economy principals into practice, For nearly fifty years public and private actors have collaborated to create a number of circular systems.